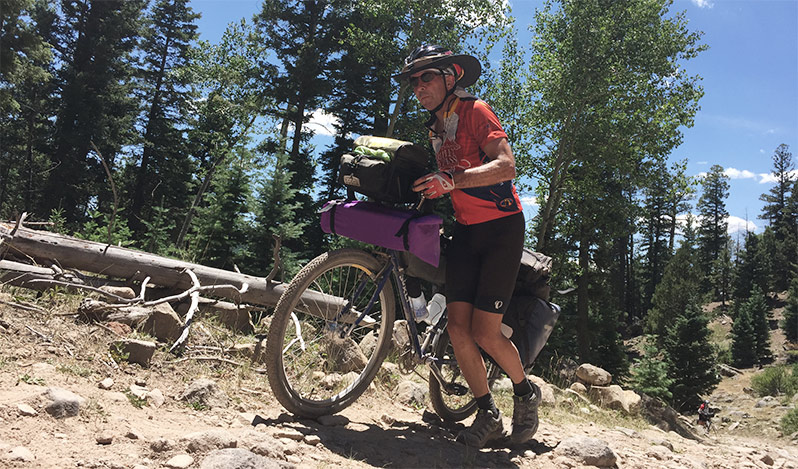 This is a special episode of Odyssey and Muse. This is going to be the first of possibly many little in-between-isodes where we check in with people that are about to embark on or are in the middle of an adventure around the world. In this episode I talk with Russ McCoy of Man Bike World. He was the second person I interviewed for this podcast, episode 2, and he is the first repeat guest.

Russ has been on two big bicycle tours and he is about to leave on his third in a few days. But this time he’s changing it up. He will be riding down the Great Divide mountain bike trail and spending a lot of time off-road for the first time. In this conversation, we talk about the differences in mountain biking verses his previous street tours, we dig into his anxieties, which include bear attacks, his philosophy on wearing helmets, last minute bicycle setup changes, and how he plans to update his blog along the way.

“When bears are around, never eat at your camp.”

We’re planning to catch up with him again when he’s halfway through the 2,745 mile journey, so make sure to check back for updates.

Before he dropped 16 more pounds of weight.

What drives Russ to embark on these tours [25:01]
Pros and cons of solo touring [26:31]
What Russ is looking forward to the most on this tour and his blogging strategy [29:22] 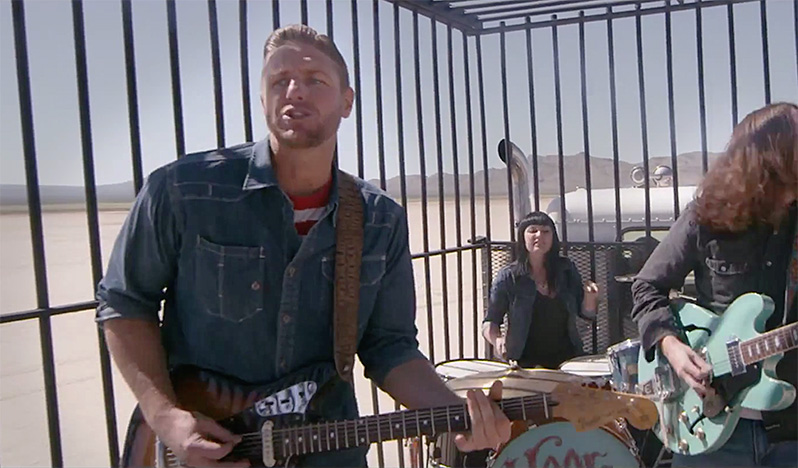 Bobby McCall is a singer, songwriter and musician from Las Vegas. He bought a guitar when he was 17 and has been focused on honing his skills and writing music ever since. After parting ways with the band The Ill Figures, he started the gritty rock trio The Dirty Hooks with bandmates Anthony Ratto III and Jenine Cali. They made the decision to write and record the music that they wanted to hear, and in 2012 they released their debut album Electric Grit to critical acclaim.

In this conversation we dig into Bobby’s beginnings growing up in Las Vegas, his path to rock and roll, and his desire to leave a legacy with his work. We get into the formation of The Dirty Hooks, how to avoid the charlatans of the music industry, producing and releasing your own album, and some of Bobby’s philosophies on creating great music and balancing work, life and art.

“We made the music we wanted to hear.”

Remember to check out The Dirty Hooks on Soundcloud and Spotify, and if you really dig them, support your artists by purchasing their album.

How the writing duties are split for the band [32:36]
The strategy for the Electric Grit Release [35:01]

Ep 15: Vic May – Success as an actor in LA, get an agent with a beard, and keep making stuff. 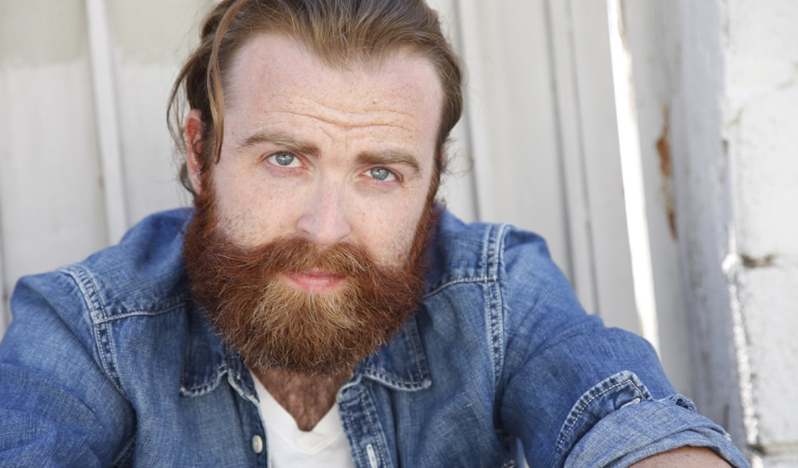 Vic May is from, Anamosa, Iowa. He grew up in a creative family where he was encouraged to pursue his desire to act in theater. He graduated from Simpson College, then lived in Chicago, acting in the Red Tape Theater and other venues before moving with is wife Mackenzie to Los Angeles, where they currently reside. Some of his recent work includes acting in a Geico / Vikings commercial, modeling for the Centura Health Pioneer Campaign, acting in the movie Trafficked with Ashley Judd, and producing and staring in the short film Adrift.

“Grow a beard to get an agent.”

In this conversation we dig into the details of moving to LA and some of the mistakes Vic sees his fellow actors make. We talk about Vics methods for preparing for a part, how to get an agent with a beard, why having a script locked before a production begins is important, how to make progress and stay sane while constantly being rejected, what it’s like to be on the set of a Geico commercial, nightmare acting stories, and much more.

“Just stick with it.”

I also want to point out that I just saw on twitter that Vic and his team are in the process of raising finishing money for their film Adrift, which we talk about in detail during this podcast. So if you like this man, and want to see him succeed, go to the Kickstarter page here, and help him get this project to the finish line. And if you need a little more motivation, Vic is about to become a father, so help a dad out!

Adrift is a short horror film set entirely on a sail boat in the middle of the ocean. With no witnesses to the murder of his wife, Vincent’s paranoid mind takes over while alone at sea.

How Vic got started working with Sean Cruser and Burning Shade Productions [04:24]

Growing up in Anamosa and early start in theater [11:22]

Advice for finding the right acting classes for you [35:44]

Production horror stories and how to determine if a project is worth doing [38:47]
Vic’s process for preparing for roles [52:52]
Auditioning and growing a beard to get an agent [57:58]

Subscribe to our weekly newsletter for updates on recent podcast episodes, along with bonus features and what's coming soon. Never miss out. Join today!

Odyssey & Muse remains free and takes many hours a month to prepare for, record and edit, and hundreds of dollars to sustain, between web hosting and gear upgrades. If you find any joy and value in what I do, please consider becoming a Member and supporting with a recurring monthly donation of your choosing, between a cup of coffee and a good dinner:


You can also become a one-time patron with a single donation in any amount: